skip to main | skip to sidebar

Granville Street in downtown Vancouver is home to a vast array of neon signs, some old, many new. Even though the strip has the highest concentration of neon and neon signs in the city, it pales in comparison to what once was. During the 1940s and 50s, Granville Street was known as "The Great White Way" and was said to have had the most neon signage in the world next to Shanghai. This may or may not be true but once the 1960s rolled around, cleaning up Vancouver's inner city 'blight' was a high priority for the powers that be in the city. And neon was to blame for deteriorating conditions on streets like Granville so many signs were removed and no new neon was allowed. Of course, existing neon was able to stay but as the old signs broke down or shops and theatres closed, the neon began to disappear. But now, the city is encouraging businesses to erect neon signs or fix up existing signage as a way to 'liven' up Granville Street, which is seeing a renaissance if you will, and the seediness of porn stores and pawn shops are making way to high end night clubs and chain stores.
This post will show you a little of what Granville Street used to look and to compare it to some of the signs that are there now. My resources were rather limited as the Vancouver Archives and Public Library have few colour photos from back then of the strip, but check out Frank Herzog's wonderful photos of some of the signs.

First, let's start with a comparison of Granville Street from 1959 to now: 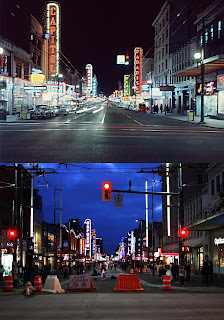 A few pictures of the neon in its heyday: 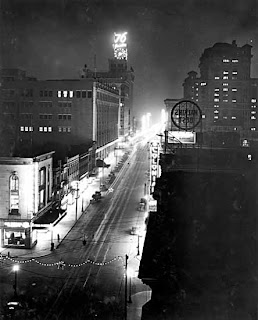 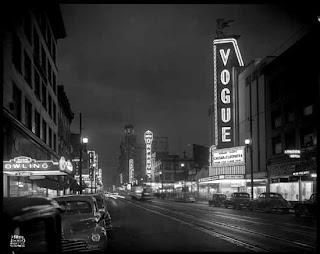 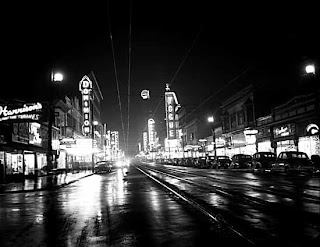 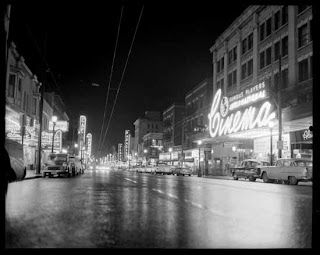 One of my favourite signs is the Orpheum sign. But it used to look quite different. Here it is from 1946: 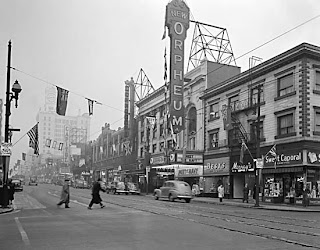 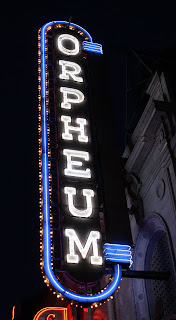 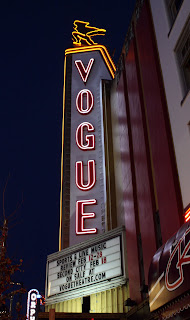 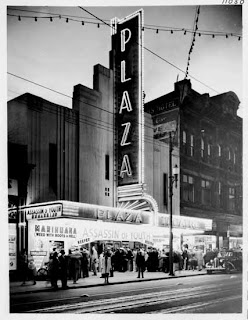 And nowadays, as Venue: 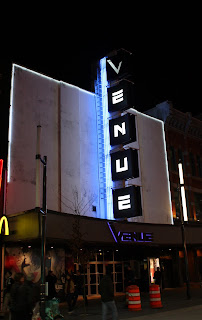 And some more random signs from the old days of Granville Street, but in the daytime: 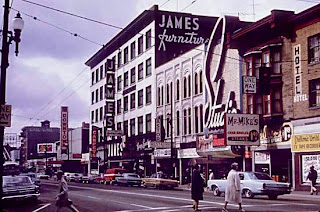 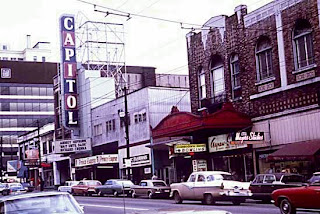 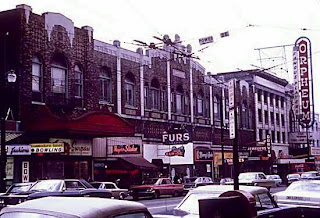 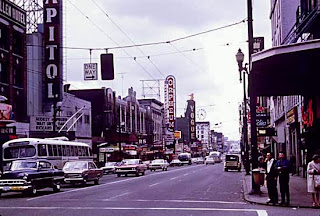